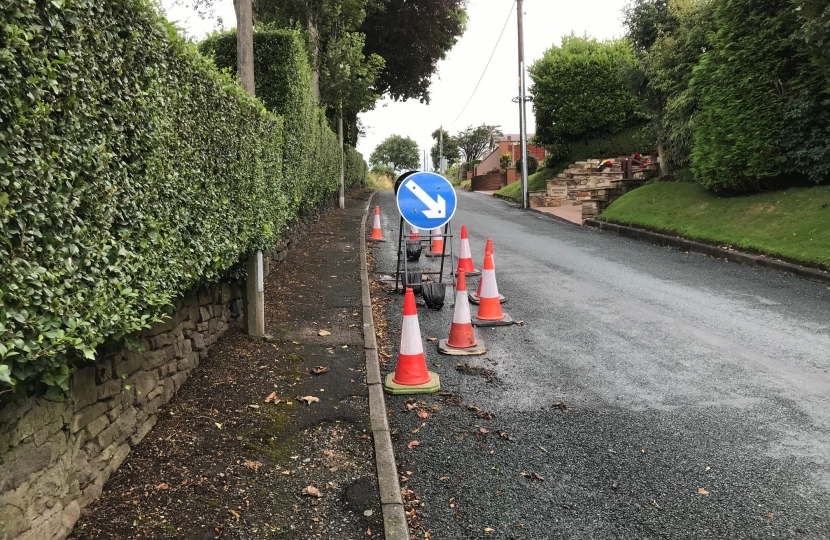 Traffic cones mistakenly left out in a dangerous spot on a sharp bend on Woodcock Hill Road have been removed after intervention by Cllr John Pearson.

Having noticed the cones had inexplicably been there for several months, eagle-eyed Cllr Pearson queried why the repairs were taking so long and within days the cones had been removed. It transpired they had been left out in error after the repairs had been completed.