At 40 years old, married with two daughters, living in Blackburn, Rick owns a Mechanical and Electrical contracting business specialising in Assistive Technology and Smart Home Automation.  He is a qualified Electronics and Gas Engineer.

A dynamic and driven individual that is capable of rising to many challenges and facing them head on.  Whilst always taking an interest in Politics as a young adult, Rick entered the political arena in 2019 joining The Brexit Party and was involved in their monumental EU election victory.  Continuing that work, he contributed to party policy, notably that it would be made an act of Parliament that if an MP crossed the floor they must face a bi-election, was heavily involved with the North West Regional campaign and was selected as a Parliamentary Candidate for the 2019 General Election.  Despite being offered what was at the time considered “more winnable seats” he insisted on standing for his home town of Blackburn believing that MP’s should have ties to the area that they wish to represent.  Whilst not elected, Rick achieved a result in the top 25% of party results at that election and was considered by many to be one of the hardest working candidates.

Following the stagnation of The Brexit Party, and finding many common attitudes and shared visions among his local Conservative Association, Rick made the decision to Join The Conservative Party in order to continue working towards a better future for Blackburn.

Rick considers himself to be a centrist, sometimes left leaning, other times right leaning depending on the issue.  Compassionate Capitalism and Libertarianism are among his core beliefs with an overriding principle that Democracy is what defines our society. 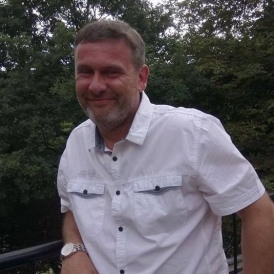