The Council have acknowledged errors in its budgeting after forgetting to include demolition costs in the budget for a building project.

A report by Labour’s Exec Member for Finance and Governance Cllr Vicky McGurk at July’s Exec Board contained an overspend of £568,000 on the project. Part of the explanation was that £239,000 demolition costs were omitted from the original budget.

Resident and Conservative campaigner Jon Baldwin was quick to question the demolition costs, asking the following question of Cllr McGurk at the Exec Board:

Cllr McGurk’s response reiterated that the demolition costs were accidentally omitted from the budget. She said “The Council acknowledges the error in failing to include the cost of the demolition in the original scheme budget and as a consequence it has reviewed and amended its processes and procedures to ensure that this does not happen again”.

It is little wonder that Labour struggle to manage budgets when such elementary errors are being made. 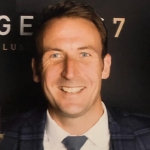