I have previously been approached by a resident – who is not and never has been involved with the Conservative Party – who complained that they had spent a long time writing out a lengthy and detailed complaint of a very serious nature about a councillor, only for the Council to respond with a form for them to fill in. Having spent a long time writing out their initial complaint, they were too frustrated and angry to spend time filling it in, so they gave up. As far as the Council are concerned, the complaint never happened.

That is not the only incident of similar ilk that I am aware of and it concerns me as to how often this is happening. People do not like filling forms in and – very few of them being familiar with Council rules – they will probably put considerable time and effort into their initial contacts only to then be told to do it again on the correct form. Often completing the form will provide the Council with no extra information about the complaint and is just an unnecessary hurdle for residents to clear. Councils should not be placing hurdles in the way of residents without good reason.

The problem is compounded by the Council’s failure to advertise the process. Try Googling how to submit a complaint about a councillor in Blackburn with Darwen and see if you can find the Complaints Form or instructions on how it should be done. The Council’s ‘complaints’ page on their website has no information on the subject beyond to say that complaints about councillors are dealt with by the Standards Committee. The page arguably gives the impression that members of the public cannot complain about councillors at all because councillor complaints are listed under the heading ‘Things we can’t investigate under the policy’. Many residents will either give up trying to complain at this stage or – if they are very committed to a complaint – they will put time and effort into writing a detailed complaint only to be told to fill in a form.

The Council’s riposte to this would be that it says in their ‘Arrangements for Dealing with Complaints about the Code of Conduct for Members’ that they can only accept complaints made on their official form. However, it goes without saying that members of the public are very unlikely to keep a copy of the Arrangements on their bedside table, or even be aware of its existence.

The rule requiring complaints to be received on an official form needs to be removed. It is not a mandatory rule. It is simply an unnecessary barrier to the public that keeps the number of complaints about councillors in Blackburn with Darwen artificially low. Residents should only be asked to complete the form if their initial contact genuinely provides insufficient detail for the Monitoring Officer to assess the complaint. It is bureaucratic nonsense and contrary to natural justice to refuse to even consider a perfectly legitimate complaint just because it has not been written on the correct piece of paper. 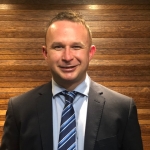