Local resident and Conservative activist Tommy Temperley has secured traffic calming measures for Lammack Road after a petition he started was signed by over 290 residents.

Tommy started the petition after regular accidents caused by speeding left residents fearful. Tommy said "I am so pleased that finally after trying for two years to get traffic calming on Lammack Road. It has been agreed by the council that speed cushions will be installed. This has only come about after I got our local residents to sign a petition with over 290 signatures. I decided it was time to act after there has been four serious accidents due to speeding. "

Conservative spokesman for Growth & Development Cllr Paul Marrow said "I totally welcome this move and the residents will too. They have worked very hard for this. It is great the council is actually doing something about speeding on this road. But there are other roads in the borough which need similar treatment. Lammack Road is just the tip of an iceberg of speeding problems." 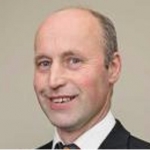 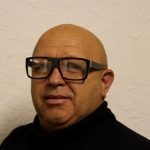 I have been living in the area for some 35 years.

Transport Secretary Grant Shapps on building a railway fit for the future.